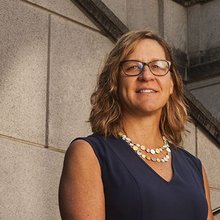 She has served on the National Academy of Sciences committee on building an agenda to reduce the number of children in poverty by half in 10 years, the American Economic Association’s executive committee, the Federal Commission on Evidence-Based Policy Making, the advisory committee for the National Science Foundation, and the national advisory committee of the Robert Wood Johnson Foundation’s scholars in health policy research program. In 2014, she received the Carolyn Shaw Bell Award from the committee on the status of the economics profession of the American Economic Association.

Meeting Basic Needs at Berkeley and Beyond

A Menu for Change: Transforming the Food System