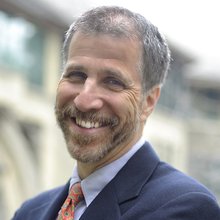 Borenstein is E.T. Grether Professor of Business Economics and Public Policy at the Haas School of Business, director of the University of California Energy Institute, and a research associate of the National Bureau of Economic Research in Cambridge, MA. He is also an affiliated professor in the agricultural and resource economics department and the Energy and Resources Group at UC Berkeley. He received his B.A. from Berkeley in 1978 and Ph.D. from M.I.T. in 1983. His research focuses on business competition, strategy, and regulation. He has published extensively on the airline, oil and gasoline, and electricity markets, as well as on insurance, e-commerce, mining, natural gas and other industries. Borenstein was a member of the Governing Board of the California Power Exchange from 1997 until 2003 and served on the California Attorney General’s gasoline price task force from 1999 to 2000. Most recently, his research has focused on the evolving airline industry, real-time retail electricity pricing, and the economics of renewable energy and climate change.

Fueling the Future: The Cost of Oil Dependence and the Prospects for Alternatives

The Challenge of Change: What to Expect from the Obama White House