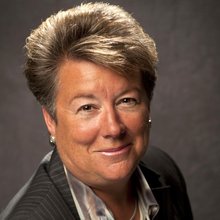 Director of athletics at Berkeley from 2004–14, Barbour guided Cal through one of the most successful periods in school history, a tenure marked by championships, innovation, facility modernization, and revenue growth. Under her direction, the athletic department became one of the consistently elite programs in the country, all while maintaining its commitment to a mission that seeks to match its level of excellence with that attained by the entire institution. One of the “100 Most Influential Women in Business” in the Bay Area according to the San Francisco Business Times, Barbour was named a regional Athletic Director of the Year for 2008–09 by the National Association of Collegiate Directors of Athletics (NACDA); and she was a finalist for National AD of the Year at the Sports Business Awards. Barbour graduated cum laude in 1981 with a B.S. degree in physical education from Wake Forest, where she was a four-year letter winner and served as captain of the field hockey team. She also played two varsity seasons of women’s basketball. She earned advanced degrees at both Massachusetts (an M.S. in sports management in 1983) and Northwestern’s Kellogg School of Management (an MBA in 1991).