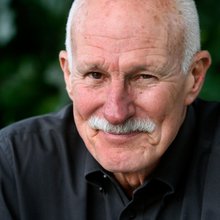 Bea is a professor in the department of civil and environmental engineering, engineering and project management group. He also serves as co-director of Berkeley’s Center for Catastrophic Risk Management. Bea started his engineering career with the U.S. Army Corps of Engineers. He then worked for Shell Oil, Shell Development, and Royal Dutch Shell companies in a variety of roles around the world. He helped found the Ocean Services Division of Woodward-Clyde Consultants and the Ocean Engineering Division of PMB–Bechtel, which provided integrated ocean engineering and contracting services for a wide variety of companies and governments around the globe. He was appointed a Berkeley faculty member in 1989. At Berkeley, Bea’s research and teaching have focused on risk assessment and management of engineered systems. During the past two years, he has been performing forensic analyses of the causes and reasons for the failure of the flood defense system for the greater New Orleans area during Hurricane Katrina.

WEATHER...ECONOMY, What are the impacts?