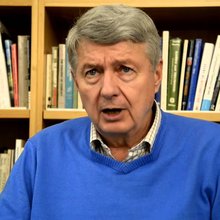 Cain is Heller Professor of Political Science in the Charles and Louise Travers Department of Political Science, director of the UC Washington Center, and co-director of the Cal Class of ’68 Center on Civility and Democratic Engagement. A member of the Berkeley faculty since 1989, he has served as a polling consultant and a redistricting consultant. He also provides political commentary for radio and television stations in Los Angeles and the Bay Area, and has written and edited a wide range of books on elections and politics in general. In 2000, Cain received the Zale Award for Outstanding Achievement in Policy Research and Public Service, and was elected to the American Academy of Arts and Sciences. He is a graduate of Bowdoin College, studied as a Rhodes Scholar at Trinity College, Oxford, and received his Ph.D. in political science from Harvard University.

Elections: What will it take to be elected in 2008?