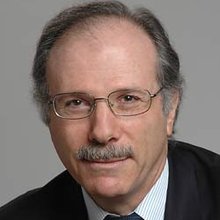 Breslauer joined Berkeley’s department of political science in 1971 as a specialist on Soviet politics and foreign relations. He advanced to become full professor, was awarded the Distinguished Teaching Award in social sciences in 1997, and was appointed Chancellor’s Professor in 1998. Breslauer has written or edited 12 books on Soviet and Russian politics and foreign relations and has served as the editor of Post-Soviet Affairs since 1992. He is a member of the American Political Science Association, the American Association for the Advancement of Slavic Studies, the World Affairs Council of Northern California, the Pacific Council on International Policy, and the Council on Foreign Relations (New York). Among many academic leadership posts at UC Berkeley, he has served as dean of social sciences (1999–2006) and as executive dean of the College of Letters & Science (2000–06). He currently serves as executive vice chancellor and provost.