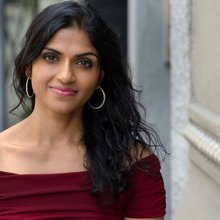 Jayaraman is the co-founder and co-director of the Restaurant Opportunities Centers United (ROC United) and director of the Food Labor Research Center at Berkeley. After 9/11, together with displaced World Trade Center workers, she co-founded ROC in New York, which has organized restaurant workers to win workplace justice campaigns, conduct research and policy work, partner with responsible restaurants, and launch cooperatively-owned restaurants. ROC now has 10,000 members in 19 cities nationwide. The story of Jayaraman and her co-founder’s work founding ROC has been chronicled in the book The Accidental American. She co-edited The New Urban Immigrant Workforce (ME Sharpe, 2005). She is a graduate of Yale Law School and the Harvard Kennedy School of Government. Jayaraman was profiled in the New York Times “Public Lives” section in 2005 and was named one of Crain’s “40 Under 40” in 2008, 1010 Wins’ “Newsmaker of the Year,” and one of New York Magazine’s “Influentials” of New York City. She authored Behind the Kitchen Door, a groundbreaking exploration of the political, economic, and moral implications of dining out (from Cornell University Press, 2013). Jayaraman is a lecturer at the Goldman School as part of the Berkeley Food Institute, a collaboration between GSPP, the College of Natural Resources, the School of Journalism and others.

A Menu for Change: Transforming the Food System