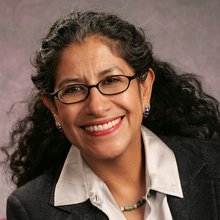 Echeveste J.D. ’80 is the Policy and program development director at the Chief Justice Earl Warren Institute on Law and Social Policy. She joined the Berkeley School of Law as a lecturer after co-founding a strategic and policy consulting group, serving as a senior White House and U.S. Department of Labor official. From 1998 to 2001, she served as assistant to the president and deputy chief of staff to President Bill Clinton. Among her responsibilities in this role was overseeing issues relating to Mexico and Latin America. She has worked as a community leader and corporate attorney. Echeveste is also a Senior Fellow with the Law School’s Chief Justice Earl Warren Institute on Race, Ethnicity, and Diversity.

The New California Dream: Can We Fix the Golden State?